BARCELONA – During 2011 the Spanish boat registrations fell by 13.9% and continues the trend initiated in 2008 when the financial crisis started. The total number of registrations was 6,029 compared to 6,867 in 2010. Especially in the fourth quarter of last year the descent was high, 41%. 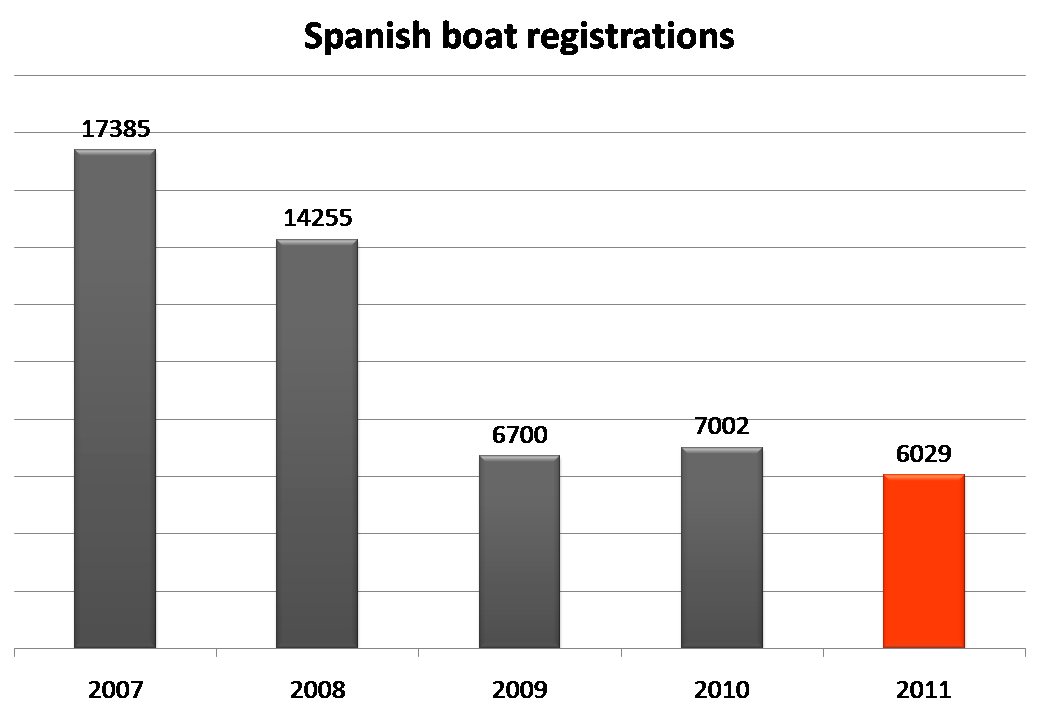 Like other years motorboats keep being the most popular with almost 53%. The number of motorboat registrations was 3,190, which is approximately the same number as in 2010. On the other hand RIBs fell 32%, followed by inflatable boats (30%), sailboats (29%) and personal watercraft (26%).

Only two segments in Spain showed growth, yachts between 15m and 18m and the 18m plus segments. These showed a growth of respectively 2.3% and 28%. This confirms the trend that the demand for bigger boats is growing.

Almost all important boating markets in Spain saw decreasing their boat registrations. First is Valencia with 27%, followed by Barcelona (26%) and Tenerife (20%). However there was a significant growth in Alicante and Malaga with respectively 18% and 13%.

Despite the high decline, Catalonia (834) had the most registrations in Spain in the period January-September 2011. Together with Andalucía (803) the regions with the highest number of registrations.